“…18% of Americans are Latino and that is reflected in the military. But only 8% of the military is made up of Latino officers, and that number shrinks -- that number actually is really shocking to me -- only 2% of Latinos make it to general and flag officers," she said. "I am very curious ... why is this the case?”

This was U.S. Congresswoman Veronica Escobar’s (D-TX) response when learning about the persistent and severe lack of inclusion of Hispanics in the senior ranks. This quote came from the article, “Congress Wants More Diversity in the Ranks of Military Generals” written by Matthew Cox and published by Military.com on December 11, 2019. The article is at least partly a result of HVLA efforts to engage Congress on this national imperative, and reflects the view from several members of Congress (from both parties) that the DoD must do much better in achieving greater diversity in the upper echelons. Link to the article: https://www.military.com/daily-news/2019/12/11/congress-wants-more-diversity-ranks-military-generals.html

Last year, Congressman Gilbert Cisneros followed HVLA’s April 2019 letter with his own letter to the Secretary of Defense and other important DoD and Congressional offices:

In early 2016, HVLA presented briefings to members of Congress to build a change coalition to address the Latino disparity in the senior ranks of the military. A few months later, the coalition sent a letter signed by 26 members of Congress to President Obama, requesting he create a Defense Advisory Committee on Latinos in the Services (copy of letter below). Today, HVLA continues to expand this coalition to include U.S. Senators as well as additional members from the U.S. House of Representatives. 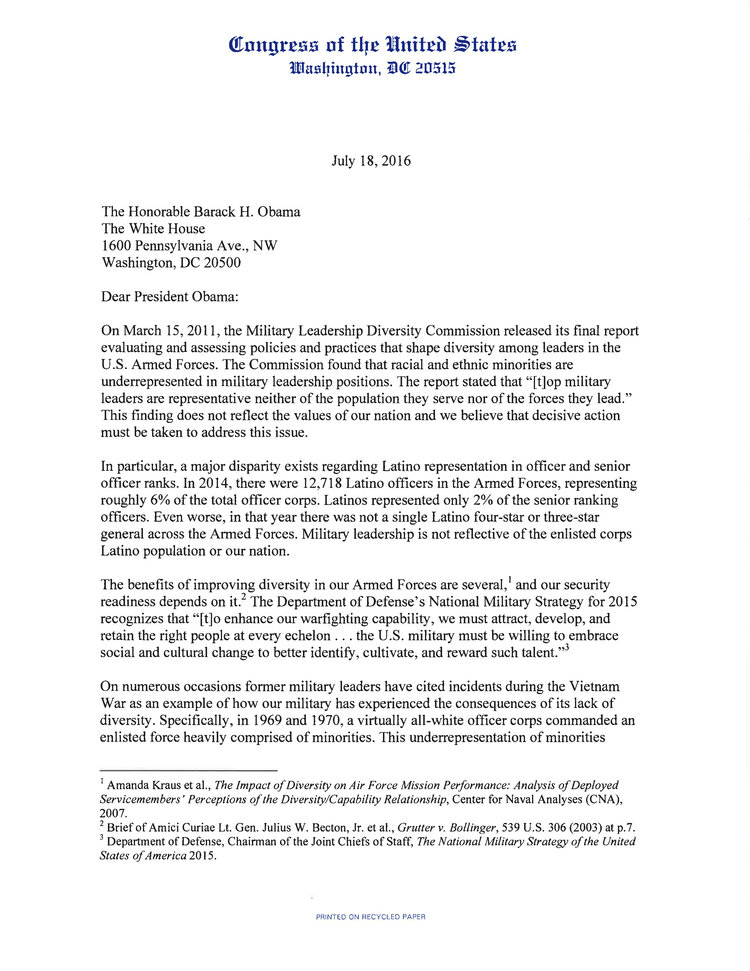 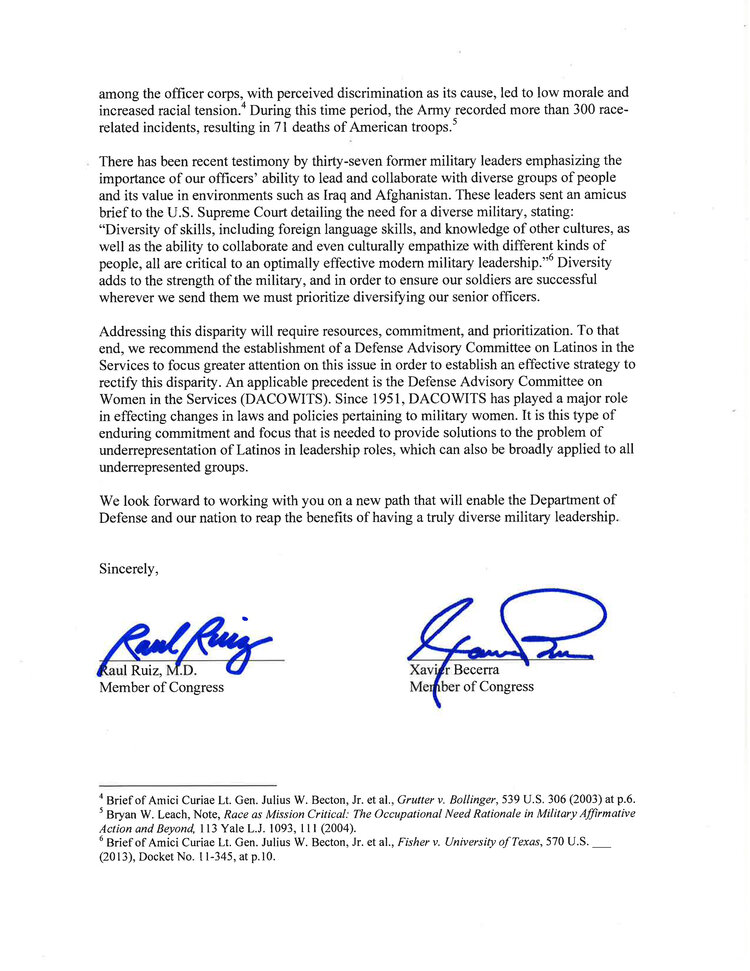 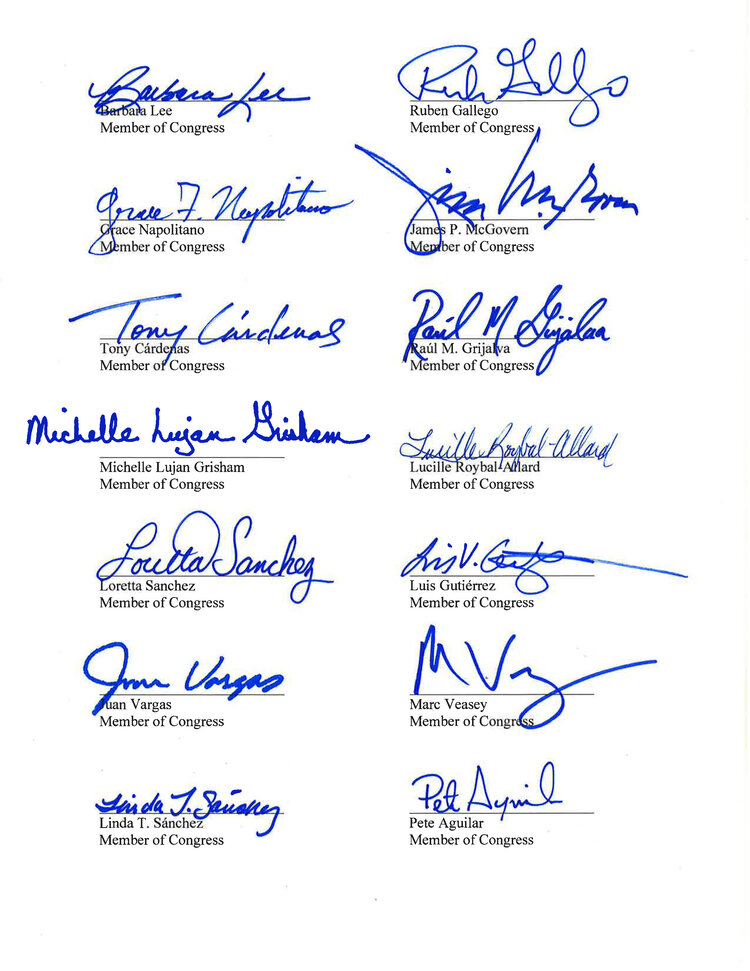 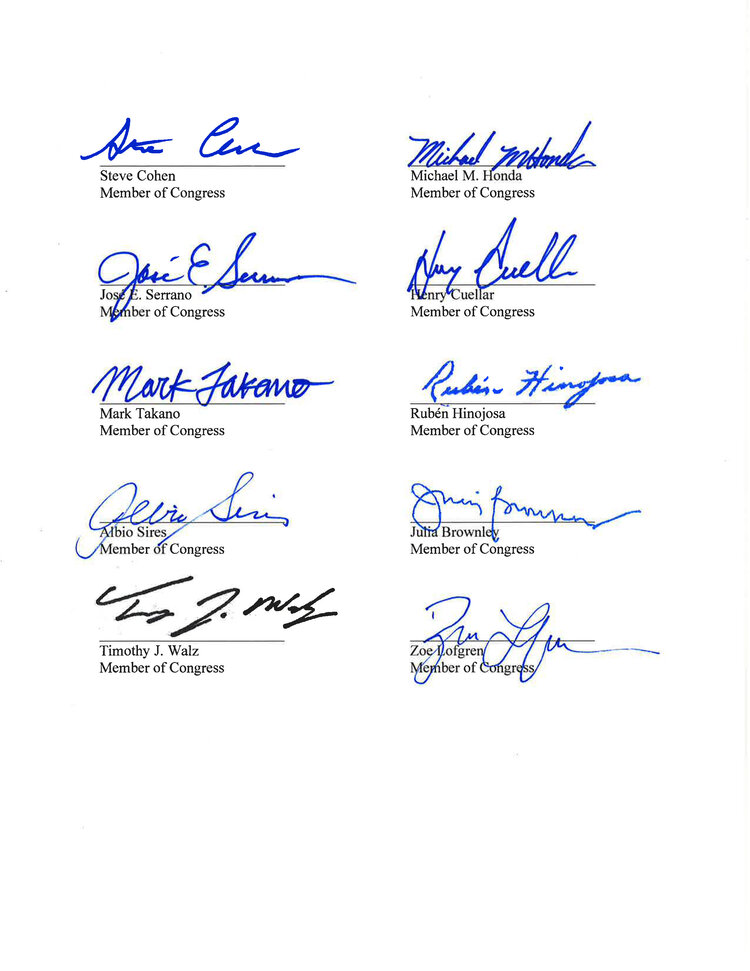 HVLA Announces Three Of Its Picks In Base Renaming Process Underway

Senate Confirms Del Toro as Secretary of the Navy