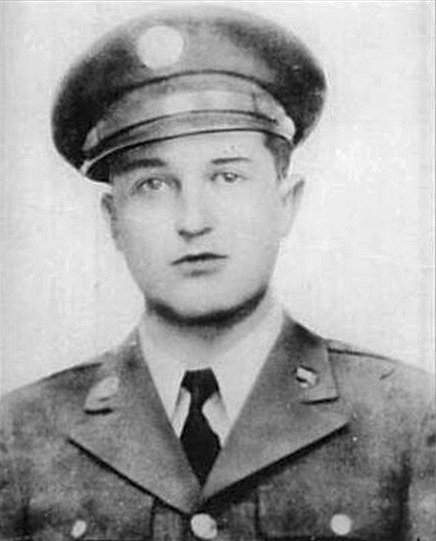 Private Joseph Pantillion Martínez (July 27, 1920 – May 26, 1943) born in Taos, New Mexico, was a United States Army soldier who posthumously received the Medal of Honor — the United States' highest military decoration —- for his actions on the Aleutian Islands during World War II. Private Joseph P. Martínez was the first Hispanic-American and first Coloradan to receive the Medal of Honor during World War II. His posthumous award was the first act for combat heroism on American soil (other than the 15 at Pearl Harbor) since the Indian Wars.

Medal of Honor Citation: For conspicuous gallantry and intrepidity above and beyond the call of duty in action with the enemy. Over a period of several days, repeated efforts to drive the enemy from a key defensive position high in the snow-covered precipitous mountains between East Arm Holtz Bay and Chichagof Harbor had failed. On 26 May 1943, troop dispositions were readjusted and a trial coordinated attack on this position by a reinforced battalion was launched. Initially successful, the attack hesitated. In the face of severe hostile machine gun, rifle, and mortar fire, Pvt. Martinez, an automatic rifleman, rose to his feet and resumed his advance. Occasionally he stopped to urge his comrades on. His example inspired others to follow. After a most difficult climb, Pvt. Martinez eliminated resistance from part of the enemy position by BAR fire and hand grenades, thus assisting the advance of other attacking elements. This success only partially completed the action. The main Holtz-Chichagof Pass rose about 150 feet higher, flanked by steep rocky ridges and reached by a snow-filled defile. Passage was barred by enemy fire from either flank and from tiers of snow trenches in front. Despite these obstacles, and knowing of their existence, Pvt. Martinez again led the troops on and up, personally silencing several trenches with BAR fire and ultimately reaching the pass itself. Here, just below the knifelike rim of the pass, Pvt. Martinez encountered a final enemy-occupied trench and as he was engaged in firing into it he was mortally wounded. The pass, however, was taken, and its capture was an important preliminary to the end of organized hostile resistance.